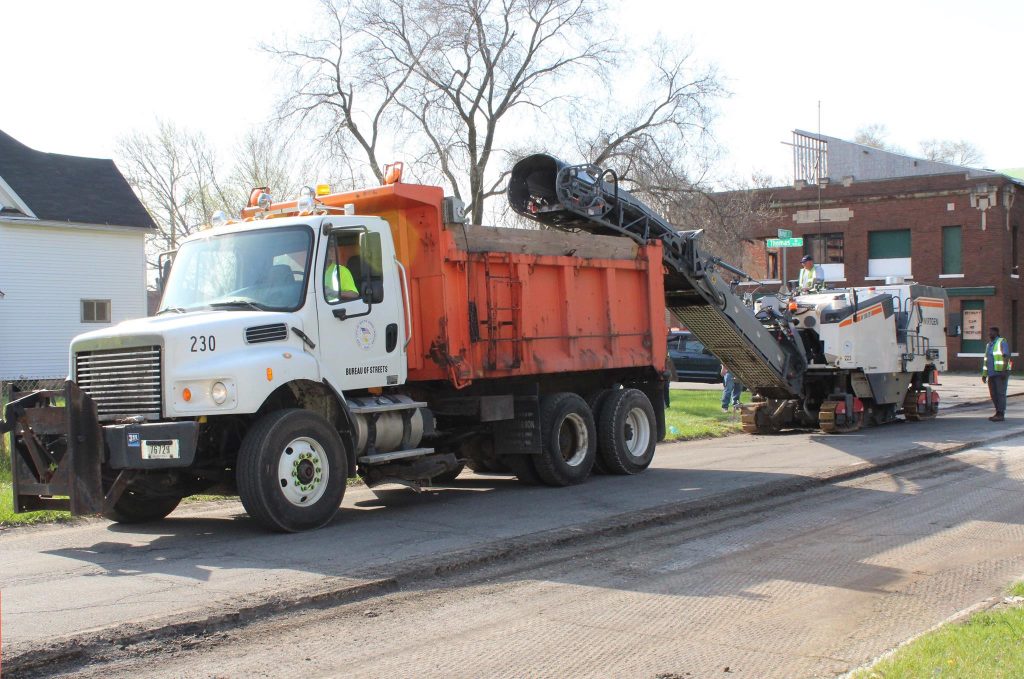 The City of South Bend announces the launch of its 2019 paving season. City crews are expected to pave 19 lane miles this year. The City has also received a Community Crossing Matching Grant from the State of Indiana to pave an additional 10 miles, which will be put out for public bid.

In addition to the 2019 paving program, the City is actively seeking funding to address the pavement conditions of a few sections of street such as Ironwood Drive under the bypass and Ameritech Drive. The City has also received federal funding to completely reconstruct Bendix Drive from Lathrop Street to Nimtz Parkway, which is expected to bid in the fall.