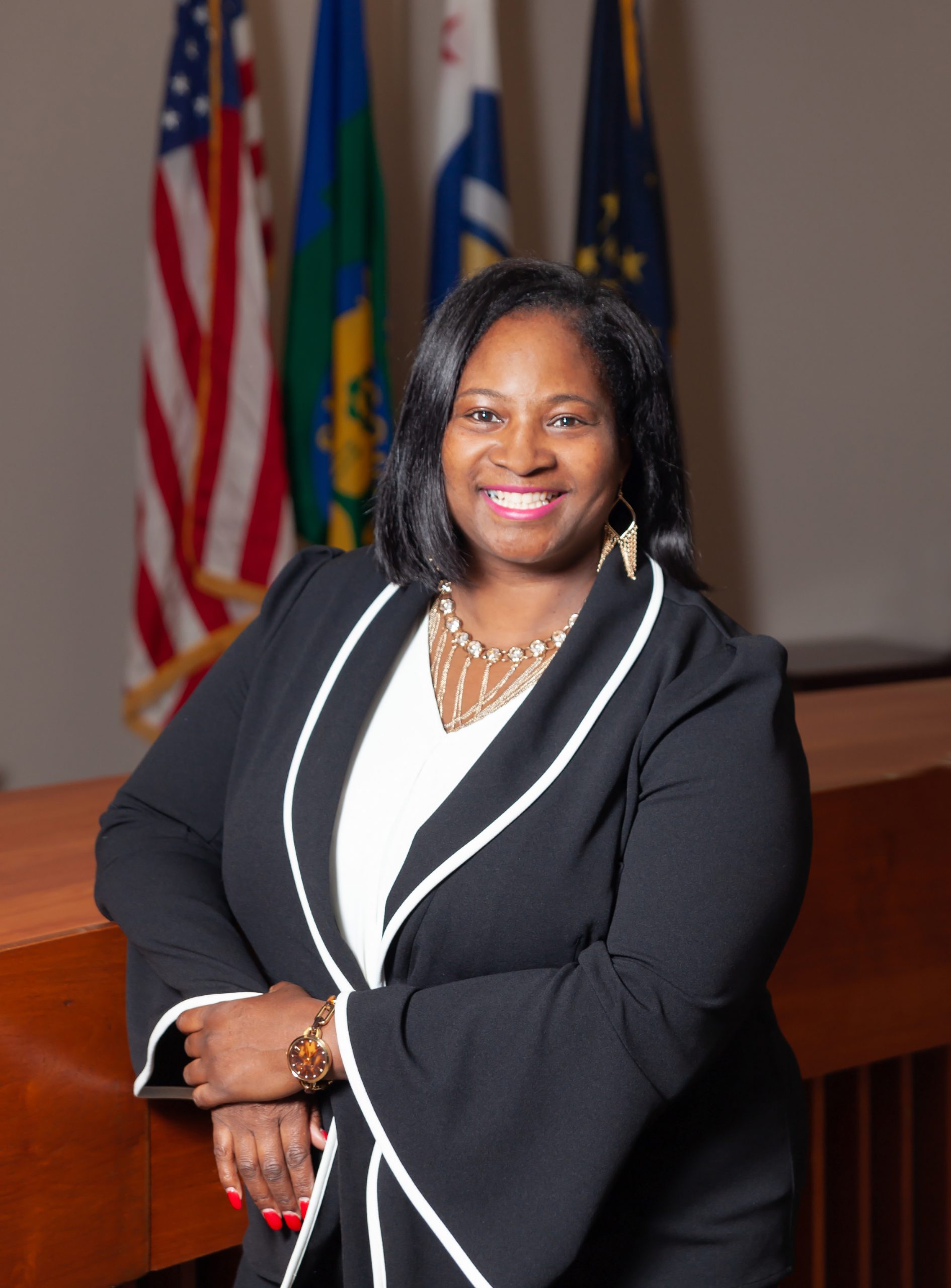 Sharon McBride was hired in 2010 as the Executive Administrator of the St. Joseph County Community Corrections Advisory Board (CCAB), and was appointed as Director of St. Joseph County Community Corrections DuComb Center in 2011. As Director, Ms. McBride has overseen the expansion of Community Corrections in St. Joseph County, including the construction of a new Work Release facility that increased the number of beds available for local clients from 20 to 108. She manages over 50 staff members who provide supervision for approximately 500 clients each year, providing a vital opportunity for people to avoid traditional incarceration and serve their sentences in work release or home detention on the local level. During her tenure as Director, Community Corrections has continued to evolve to meet the needs of clients in St. Joseph County, with new programs focusing on connecting clients with services to address mental health, and substance abuse issues, as well as projects designed to help clients successfully transition back into the community, when their sentences are completed. Ms. McBride earned her Master’s in Business Administration from Indiana Wesleyan University in 2005. She previously worked for the City of South Bend’s Human Rights Commission, and served as the Safety and Risk Manager for the City of South Bend and the Housing Authority of the City of South Bend.

Ms. McBride was a 2014 recipient of the Martin Luther King Foundation of St. Joseph County Community Service Award, and she also received the Dismas House of Michiana Appreciation Award. Ms. McBride has led and transitioned St. Joseph County Community Corrections into one of the premier alternatives to corrections programs throughout the State of Indiana.

Ms. McBride is a native of South Bend, Indiana, and was an outstanding athlete and graduate of LaSalle High School. Ms. McBride also went on to play collegiate basketball for Lake Michigan College and Grand Valley State University. In 1993, she became a part of the Riley High School Girls’ Basketball Coaching Staff. She played an integral role as an assistant coach of the State Runner-up Team of 2002-03. Ms. McBride was then selected to become the Head Girls’ Basketball Coach until her retirement in 2011.

Ms. McBride is the youngest of six children. Her proud parents are Delores McBride-Walker and the late Henry Lee McBride, Jr. She is the Executive Administrator of the Second Baptist Church, under the leadership of Pastor Andre Wells, Jr.