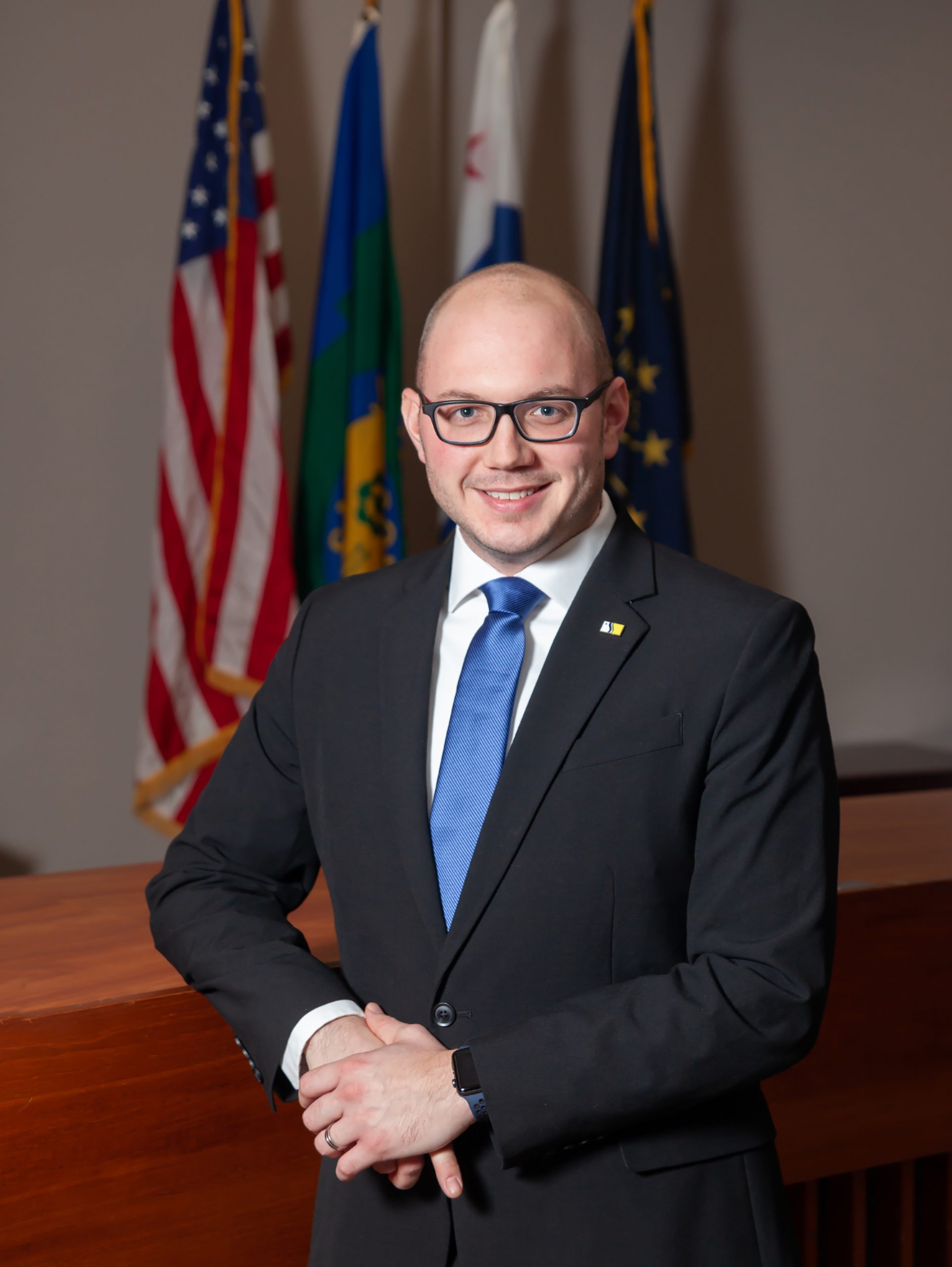 The 5th District Common Council Representative, Jake Teshka is a South Bend native and graduate of South Bend Saint Joseph High School. He went on to Saint Joseph’s College in Rensselaer, Indiana where he received a Bachelor of Arts in Political Science.

Teshka began a career in politics and public affairs with an internship for the Indiana General Assembly. From there he went on to work for the Indiana Republican Party for a few different cycles ending up as a Field Director. During that time, he pursued and earned his Master of Public Affairs through the Indiana University system. In 2012, Teshka became the Executive Director of the Saint Joseph County Republican Party. During his tenure, Republicans in St. Joseph County regained control of the Board of County Commissioners and won a hotly contested judicial seat.

After the 2014 election, Jake made his way into the private sector and now serves as the Business Development Officer for Michiana-based InTerra Credit Union. Teshka states, “I believe my blend of experience in business as well as in the public arena make me uniquely qualified for this role. As a member of the Common Council, I will be focused on innovative ways to grow our community, attract new business and address quality of life issues.”

Eight of the nine members that make up the Common Council are Democratic. Teshka, the sole Republican on the Common Council, states, “I value people over politics and enjoy creating relationships across party lines. I will work as an independent voice for the residents of South Bend’s 5th District and for our community as a whole.”
Teshka and his wife reside on South Bend’s Southeast side with their 2 children. He ultimately made the decision to run for Council for his children. “I want to make sure South Bend is a place where our kids want to grow up, stick around… feel safe, have opportunities, and feel like this is a place where their biggest dreams can come true,” Teshka said.