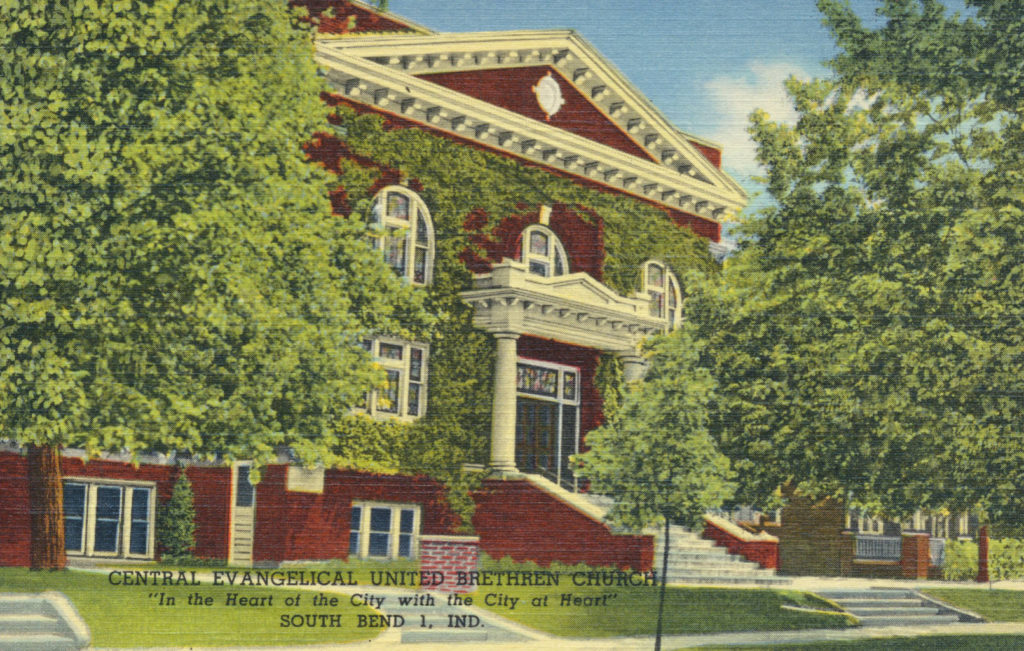 The Taylor’s Field area was the stretch of empty land between the Michigan Road and a residential area to the east stretching south of the Birdsell plant (built 1872) between the old Grand Trunk Railroad tracks and Division (now Western Avenue) and Carroll Street. This field was owned by South Bend pioneer, Colonel Lathrop M. Taylor, co-founder with Alexis Coquillard of South Bend and one of the city’s important early merchants.

Taylor’s Field was a 90-acre “oak barren” purchased by the Colonel from the Federal Government in the late 1830s as an investment. The large empty area was often used into the 1890s as a place for circuses and menageries to set up shows and fairs. The Colonel died in 1887, having lived the final years of his life in his own home in what was called “Taylor’s Block.”

After Lathrop Taylor’s death, his heirs: daughters, Eliza Wall and Mary Nicar; son, Thaddeus; and their spouses, began subdividing the field for sale and development. The new subdivision (Taylor’s Field, 1893) soon became a middle-class neighborhood. By 1905, both St. Joseph Street and the west side of Carroll Street had a collection of substantial homes of architectural styles now generally known as Queen Anne and American Foursquare.

The neighborhood was populated by significant people who built the first homes here. These were of the second generation of South Bend merchants, manufacturers and politicians – in some cases the sons and daughters of South Bend’s most influential pioneers.

Other prominent citizens who built residences here included: Henry Gaskill, owner of the area’s premier Tobacco Shop; Samuel Bowman, County Commissioner from 1882 to 1891; Jacob Chillas, dry goods merchant, Board of Education member and spouse of Lydia Studebaker Chillas, daughter of Henry Studebaker; John J. Gehring, Chairman of the Board of the Wyman Company, a popular department store; Charles H. Murdock, Board member of the Hoke Manufacturing Company and various members of the Stephenson family, who were prominent in various South Bend manufacturing firms. Their textile mill still stands on Colfax and the East Race.

The remainder of the area, the portion east of Carroll Street and west of Fellows, was developed in 1854 by Joseph Fellows and Hugh Denniston.