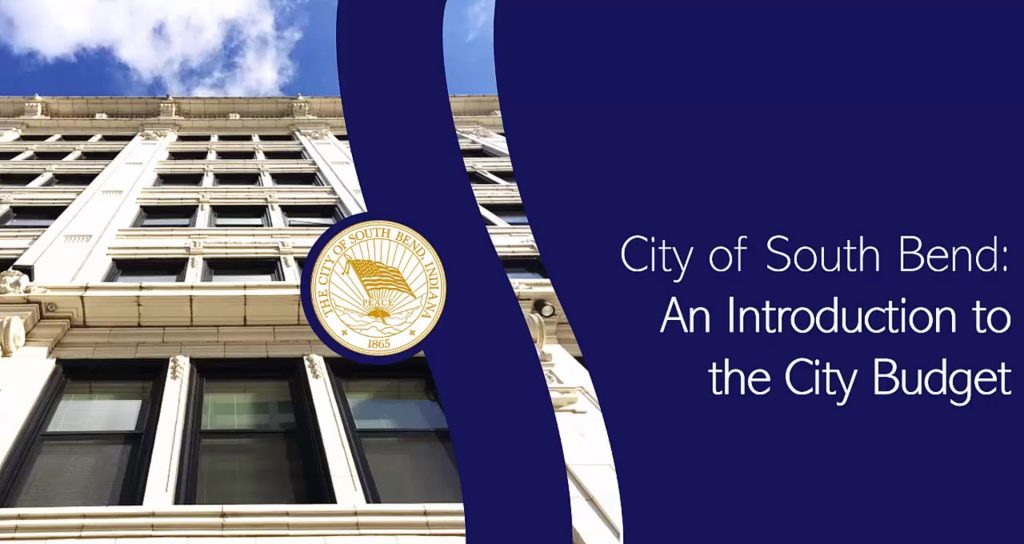 The City of South Bend recently began the planning process for the 2021 budget and published a video outlining how the budget is developed each year. The video, in addition to the City’s new Financial Transparency Dashboard, are part of an effort to inform member of the public on how the City manages its finances and encouraging residents to provide feedback on which items they’d like to see prioritized in next year’s budget.

“The City budget process is critical to the city services that residents depend upon,” said Mayor James Mueller. “As we look to support South Bend’s economic recovery in the wake of COVID-19, we’ll also focus on reforming our public safety systems, investing in our roads, and reimagining our neighborhoods.”

The development of the City’s budget begins in late spring and typically concludes with the budget’s adoption in October. Visit southbendin.gov/budget to watch the overview video, examine the City’s new Financial Transparency Dashboard, see a list of Frequently Asked Questions, and fill out the Resident Feedback Survey.

“We depend on input from residents to help ensure that the most important needs and priorities of our community are addressed in the City’s budget,” said Dan Parker, City Controller. “We invite all residents to learn more about the budget process and get involved.”

The majority of each year’s budget goes toward “baseline spending,” which covers essential governmental services such as the Police and Fire Departments and the City’s utility operations.